BE IT ENACTED as a by-law of the Corporation as follows:

Definition In this by-law and all other by-laws of the Corporation, unless the context otherwise requires:

In the interpretation of this by-law, words in the singular include the plural and vice-versa, words in one gender include all genders, and "person" includes an individual, body corporate, partnership, trust and unincorporated organization.

Other than as specified above, words and expressions defined in the Act have the same meanings when used in these by-laws.

The Association may have a corporate seal in the form approved by the board. The Corporate Seal shall be in the custody of the Secretary and/or Treasure of the Associations board.

Deeds, transfers, assignments, contracts, obligations and other instruments in writing requiring execution by the Corporation may be signed by any two (2) of its officers or directors. Any person authorized to sign any document may affix the corporate seal (if any) to the document. Any signing officer may certify a copy of any instrument, resolution, by-law or other document of the Corporation to be a true copy thereof.

The financial fiscal year of the Corporation shall be September 1st - August 31st, unless otherwise determined by the Board.

The directors of the Corporation may, without authorization of the members,

The Corporation may, instead of sending copies of the annual financial statements and other documents referred to in subsection 172(1) (Annual Financial Statements) of the Act to the members, publish a notice to its members stating that the annual financial statements and documents provided in subsection 172(1) are available at the registered office of the Corporation and any member may, on request, obtain a copy free of charge electronically.

Subject to the Act and the articles, a Class B non-voting member shall not be entitled to receive notice of, attend or vote at meetings of the members of the Corporation.

Pursuant to subsection 197(1) (Fundamental Change) of the Act, a special resolution of the members is required to make any amendments to this section of the by-laws if those amendments affect membership rights and/or conditions described in paragraphs 197(1)(e), (h), (l) or (m).

No individual, club or group will be admitted as an Active Class A, Class B, Director, Officer of the Association in “Good Standing” unless:

Membership may only be transferred to the Corporation through approval from "Volleyball Alberta Association".

Pursuant to Section 197(1) (Fundamental Change) of the Act, a special resolution of the members is required to make any amendment to add, change or delete this section of the by-laws.

Pursuant to subsection 197(1) (Fundamental Change) of the Act, a special resolution of the members is required to make any amendment to the by-laws of the Corporation to change the manner of giving notice to members entitled to vote at a meeting of members.

The board of directors shall call a special meeting of members in accordance with Section 167 of the Act, on written requisition of members carrying not less than 5% of the voting rights. If the directors do not call a meeting within twenty-one (21) days of receiving the requisition, any member who signed the requisition may call the meeting.

Membership fees and fee schedules shall be posted on the Corporations website and electronically available to any member at all times upon request. Such requests will be sent within a reasonable time. If any member has not paid within one (1) calendar month of any fee schedule payment the membership is in default and such member shall automatically cease to be a member of the Corporation.

A membership in the Corporation is terminated when:

Effect of Termination of Membership

Subject to the articles, upon any termination of membership, the rights of the member, including any rights in the property of the Corporation, automatically cease to exist.

The board shall have authority to suspend or expel any member from the Corporation for any one or more of the following grounds:

The member may make written submissions to the president, or such other officer as may be designated by the board, in response to the notice received within such twenty (20) day period.

The board's decision shall be final and binding on the member, without any further right of appeal.

Subject to the Regulations under the Act, any proposal may include nominations for the election of directors if the proposal is signed by not less than 5% of members entitled to vote at the meeting at which the proposal is to be presented.

The member who submitted the proposal shall pay the cost of including the proposal and any statement in the notice of meeting at which the proposal is to be presented unless otherwise provided by ordinary resolution of the members present at the meeting.

Subject to compliance with section 159 (Place of Members' Meetings) of the Act, meetings of the members may be held at any place within Canada determined by the board or, if all of the members entitled to vote at such meeting so agree, outside Canada.

Persons Entitled to be Present at Members' Meetings

A quorum at any meeting of the members (unless a greater number of members are required to be present by the Act) shall be 50% (fifty percent) of the appointed and elected representatives on the board. As is referenced in number 32 of these Bylaws.  If a quorum is present at the opening of a meeting of members, the members present may proceed with the business of the meeting even if a quorum is not present throughout the meeting.

Votes to Govern at Members' Meetings

At any meeting of members every question shall, unless otherwise provided by the articles or by-laws or by the Act, be determined by a majority of the votes cast on the questions. In case of an equality of votes either on a show of hands or on a ballot, the chair of the meeting in addition to an original vote shall have a second or casting vote.

Participation at meetings of members may not be by telephonic, electronic or other communication facility.

Meetings of members may not be held entirely by telephonic, an electronic or other communication facility.

Term of Office of Directors

Calling of Meetings of Board of Directors

Notice of Meeting to Board of Directors

Notice of a meeting shall not be necessary if directors are present, and none objects to the holding of the meeting, or if those absent have waived notice of or have otherwise signified their consent to the holding of such meeting. Notice of an adjourned meeting is not required if the time and place of the adjourned meeting is announced at the original meeting. Unless the by-law otherwise provides, no notice of meeting need specify the purpose or the business to be transacted at the meeting except that a notice of meeting of directors shall specify any matter referred to in subsection 138(2) (Limits on Authority) of the Act that is to be dealt with at the meeting.

Votes to Govern at Meetings of the Board of Directors

At all meetings of the board, every question shall be decided by a majority of the votes cast on the question. In case of an equality of votes, the chair of the meeting in addition to an original vote shall have a second or casting vote.

Members of the Board

It is under this article that a quorum will be established. Members who are appointed and elected to sit on the Corporations Board shall be by appointment:

By election of each individual CIS team’s:

Committees of the Board of Directors

Unless otherwise specified by the board (which may, subject to the Act modify, restrict or supplement such duties and powers), the offices of the Corporation, excluding the Chair of the Board, shall be elected, shall have the following duties and powers associated with their positions:

In the absence of a written agreement to the contrary, the board may remove, whether for cause or without cause, any officer of the Corporation. Unless so removed, an officer shall hold office until the earlier of:

If the office of any officer of the Corporation shall be or become vacant, the directors may, by resolution, appoint a person to fill such vacancy.

Method of Giving Any Notice

Any notice (which term includes any communication or document), other than notice of a meeting of members or a meeting of the board of directors, to be given (which term includes sent, delivered or served) pursuant to the Act, the articles, the by-laws or otherwise to a member, director, officer or member of a committee of the board or to the public accountant shall be sufficiently given:

A notice so delivered shall be deemed to have been given when it is delivered personally or to the recorded address as aforesaid; a notice so mailed shall be deemed to have been given when deposited in a post office or public letter box; and a notice so sent by any means of transmitted or recorded communication shall be deemed to have been given when dispatched or delivered to the appropriate communication company or agency or its representative for dispatch. The secretary may change or cause to be changed the recorded address of any member, director, officer, public accountant or member of a committee of the board in accordance with any information believed by the secretary to be reliable. The declaration by the secretary that notice has been given pursuant to this by-law shall be sufficient and conclusive evidence of the giving of such notice. The signature of any director or officer of the Corporation to any notice or other document to be given by the Corporation may be written, stamped, type-written or printed or partly written, stamped, type-written or printed.

Invalidity of any Provisions of this By-law

The accidental omission to give any notice to any member, director, officer, member of a committee of the board or public accountant, or the non-receipt of any notice by any such person where the Corporation has provided notice in accordance with the by-laws or any error in any notice not affecting its substance shall not invalidate any action taken at any meeting to which the notice pertained or otherwise founded on such notice.

Disputes or controversies among members, directors, officers, committee members, or volunteers of the Corporation are as much as possible to be resolved in accordance with mediation and/or arbitration as provided in the section on dispute resolution mechanism of this by-law.

In the event that a dispute or controversy among members, directors, officers, committee members or volunteers of the Corporation arising out of or related to the articles or by-laws, or out of any aspect of the operations of the Corporation is not resolved in private meetings between the parties then without prejudice to or in any other way derogating from the rights of the members, directors, officers, committee members, employees or volunteers of the Corporation as set out in the articles, by-laws or the Act, and as an alternative to such person instituting a law suit or legal action, such dispute or controversy shall be settled by a process of dispute resolution as follows:

This section does not apply to a by-law that requires a special resolution of the members according to subsection 197(1) (fundamental change) of the Act because such by-law amendments or repeals are only effective when confirmed by members. 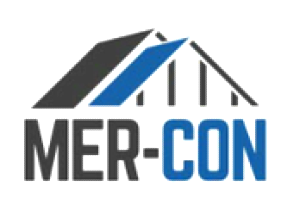 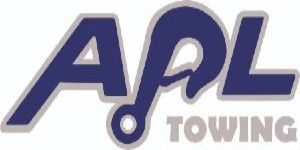 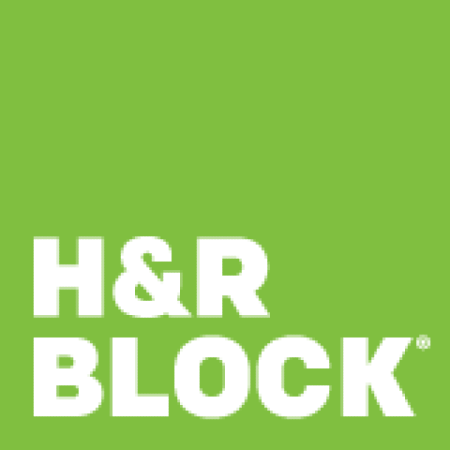